How to use Ansible Vault with LastPass

I give you the tool which will help you keep your Ansible Vault passwords in LastPass. I show how to use it as well.

There are several competitors for password managers. I use LastPass, because it has an Open Source command line client. This is an officially supported tool, maintained by the LastPass itself. I haven’t audited the code; I have just looked at several .c files, and it seamed decent. Code has been around since 2014, so in the last three years I suspect both good and bad guys had a chance to find issues.

Ansible Vault is a Ansible solution for managing secrets. Principle is similar to LastPass: you have a blob file protected by a master password. When you deploy code to the server, this blob is unencrypted and passwords are put in the right place of your choice. So for example database.php may have a database password placeholder, and Ansible will put a password there, but just during deployment. The code in Git won’t have this password in plain-text. People use Vault because “blob file” can be checked-in to the Git repository. It’s secure as long as your master password is very strong.

Here I will show you how to keep this Ansible Vault password strong by using LastPass, its command-line client, and the lastpass-ansible tool which I wrote. At the end, your flow will enable you to login to LastPass from the command line. You’ll do it just once, during your work session. Then, you’ll be able to keep using Ansible Vault with your passwords automatically channeled from LastPass.

This is a sister-tool to lastpass-ssh which does the same thing for SSH key passphrases. 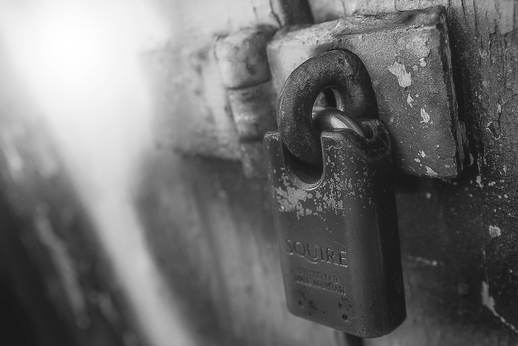 (Photo by James Sutton via Unsplash)

You install the tool in the terminal:

You must point Ansible to use lastpass-ansible:

To initialize everything, do:

This will create a new 30-character long password and put it in Ansible_Vault/my_web_app LastPass hierarchy. If you want to “transfer” your vault file secrets.yml to lastpass-ansible, copy the new password to clipboard:

And just re-key (change password) for your existing vault:

File .lastpass-ansible.conf has been created along with the password. You can remove this file if the hierarchy Ansible_Vault/.... is fine with you.

If you’re a picky person and you don’t like Ansible_Vault OR you want to point lastpass-ansible to an existing hierarchy of your passwords, just stick it to .lastpass-ansible.conf. It’s format is very easy:

The order of lookup for this LastPass site name is:

It should be safe to commit .lastpass-ansible.conf to your repository. If you’re paranoid, just use LASTPASS_ANSIBLE_NAME environment variable for passing this name. Otherwise just use the guessed name. I think it’s the most convenient.

Shoot me an email if this flow worked for you. I used a shell-based equivalent of this flow for some time and it worked all right. The lastpass-ansible is my attempt to bring it to more people to help with productivity. My hope is to improve this method by exposing it to people and getting some criticism. Let me know if you find bugs or issues here.

It’s maintained in this GitHub repository: